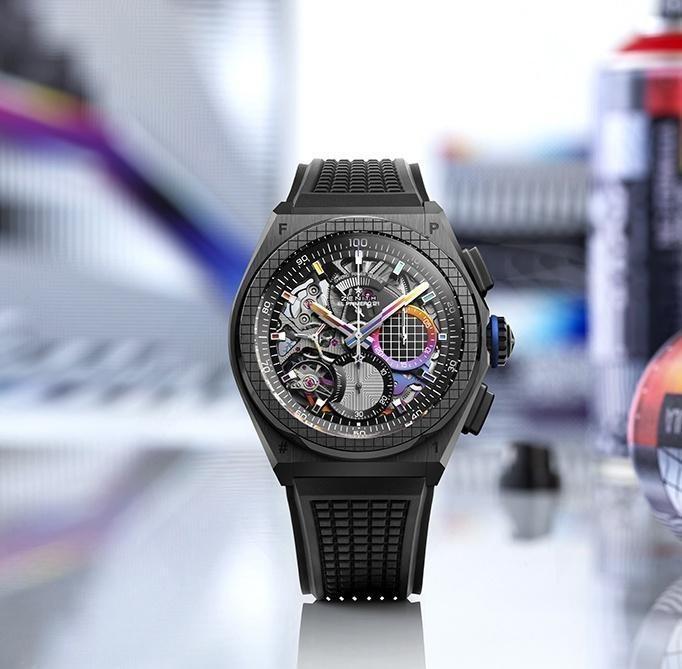 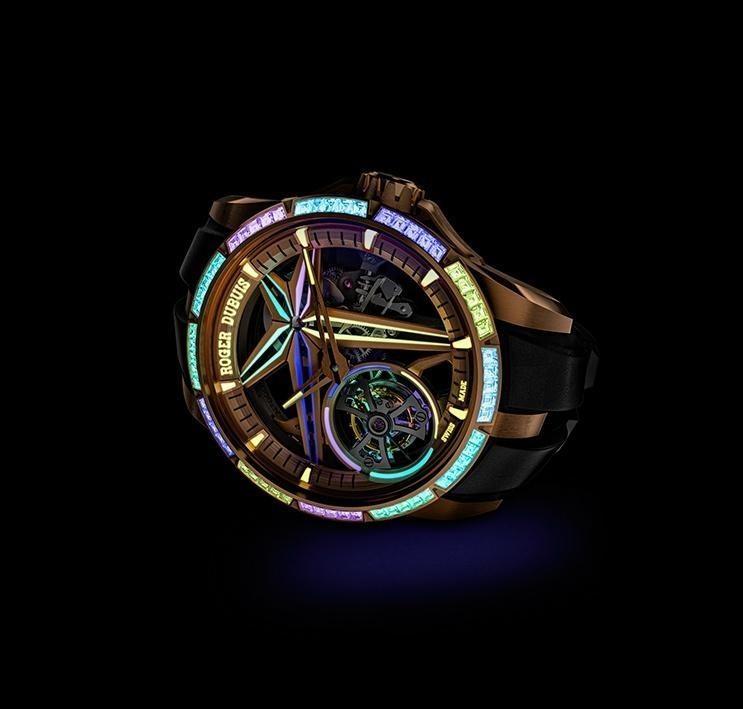 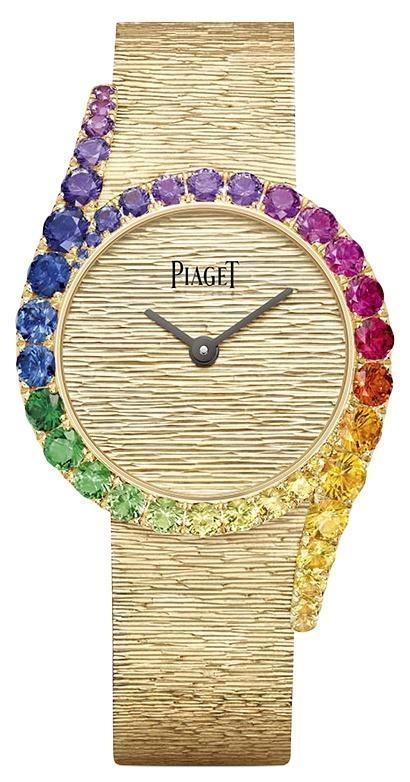 Inspired by the catwalk collections, girls in the public eye are swearing by the 90s. Good news: Chanel is offering them a farewell nod to this decade with the Chanel Electro capsule collection. Radical, eccentric, and intrinsic to the night world, the electro aesthetic invites itself onto the J12 dial. The J12 Electro Dream, one of four Haute Horlogerie creations in black or white ceramic, pulsates with its unbroken circular gradation on the bezel. The baguette-cut rainbow sapphire hour markers echo this chromatic palette.
Equally exhilarating is the Piaget Limelight Gala Precious Rainbow, it’s rainbow setting composed of 5 green tsavorites and 37 coloured sapphires around the bezel and on the lugs. In the black ceramic of the Defy 21 Felipe Pantone, created with the eponymous Argentinean-Spanish artist, the colour spectrum reveals itself by discreet touches of three-dimensional PVD*. This co-creation, a veritable work of kinetic art on the wrist, consists of playing with frequencies, both visually and mechanically. The Roger Dubuis Excalibur Glow Me Up colour gradation reveals itself at night. This flying tourbillon timepiece was produced in only 8 pieces. It comes to life after dark thanks to 60 luminescent baguette-cut diamonds and a complex process: the diamond grooves are filled with Super-Luminova, a paste also applied to the movement’s details along with the iconic star-shaped bridge.