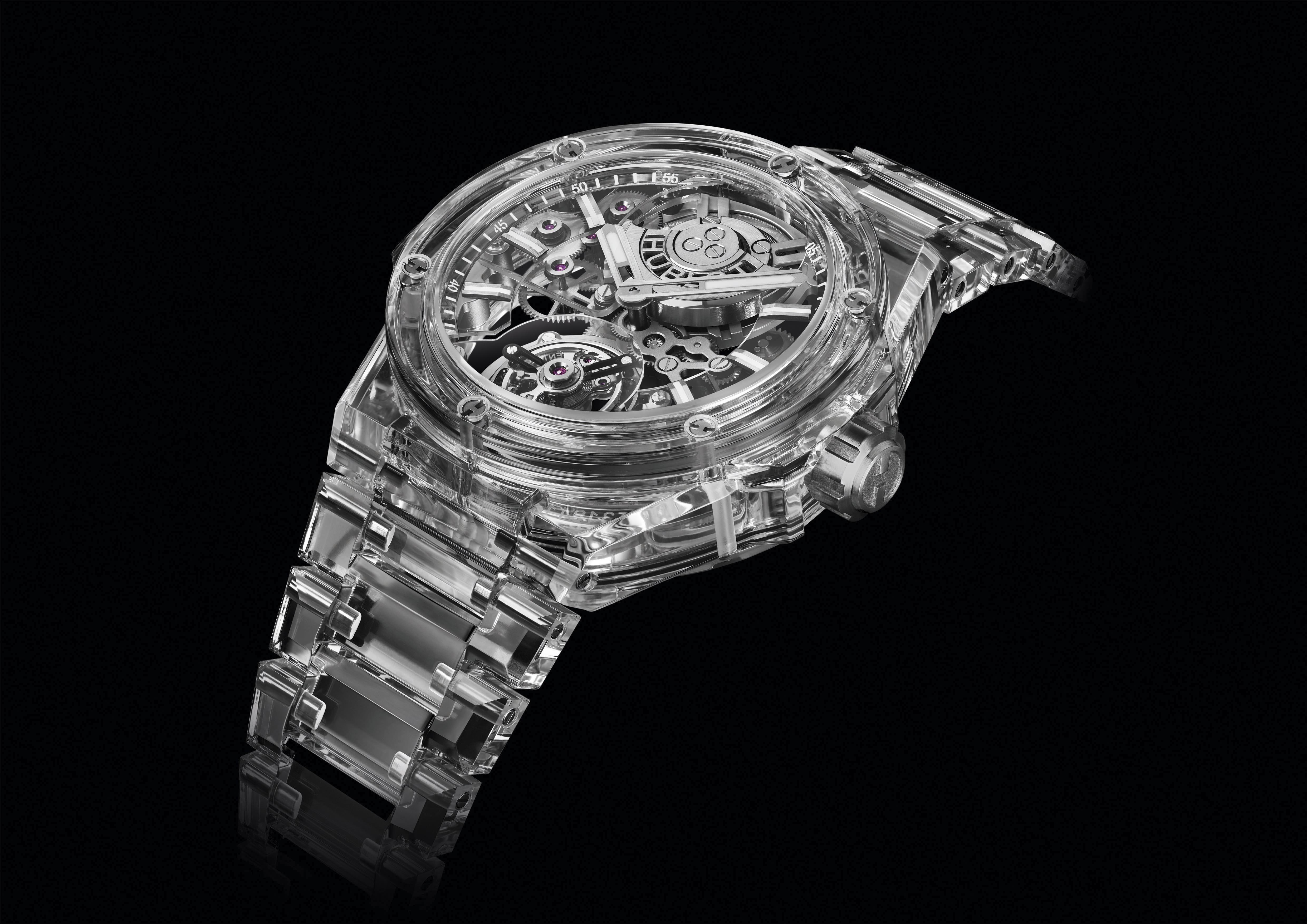 In praise of imagination

One of the high points at Watches & Wonders was the unveiling of the Big Bang Integral Tourbillon Full Sapphire. A watch based on the Big Bang Unico Sapphire first released in 2016. The ultimate expression of the Art of Fusion, pushing the boundaries of transparency back still further—both case and integrated bracelet are made entirely from sapphire. Hublot has mastered the manufacture and machining of this extremely hard material. The case has been reshaped to accommodate the HUB6035 calibre—the very first automatic tourbillon movement—to remove the majority of screws and better integrate it into the sapphire bracelet. The result? The movement and case merge and reveal themselves in their entirety. The components seem suspended in space and the light entering into the watch forms a halo on the wrist. Another marvel is the Big Bang Integral Tourbillon High Jewellery. The 30th unique piece of Haute Joaillerie presented in 14 years is a veritable technical and aesthetic feat, enhanced by 484 baguette-cut diamonds.

Suspended in space
More fun but no less desirable, the other new models take on colours. The Big Bang Unico Yellow Magic, for instance. Hublot achieves another tour de force by creating the first bright yellow ceramic. As for the new co-creation with Swiss tattoo artist and creative director Maxime Plescia-Büchi, the Big Bang Sang Bleu II ceramic triptych explores new chromatic territories. In blue, grey, or white, and powered by the UNICO Manufacture self-winding chronograph with flyback function, these pieces assert a radical design, each version having its own identity. These 200 limited edition pieces sport rubber wrist straps and the One Click system allowing them to be changed instantly without tools! 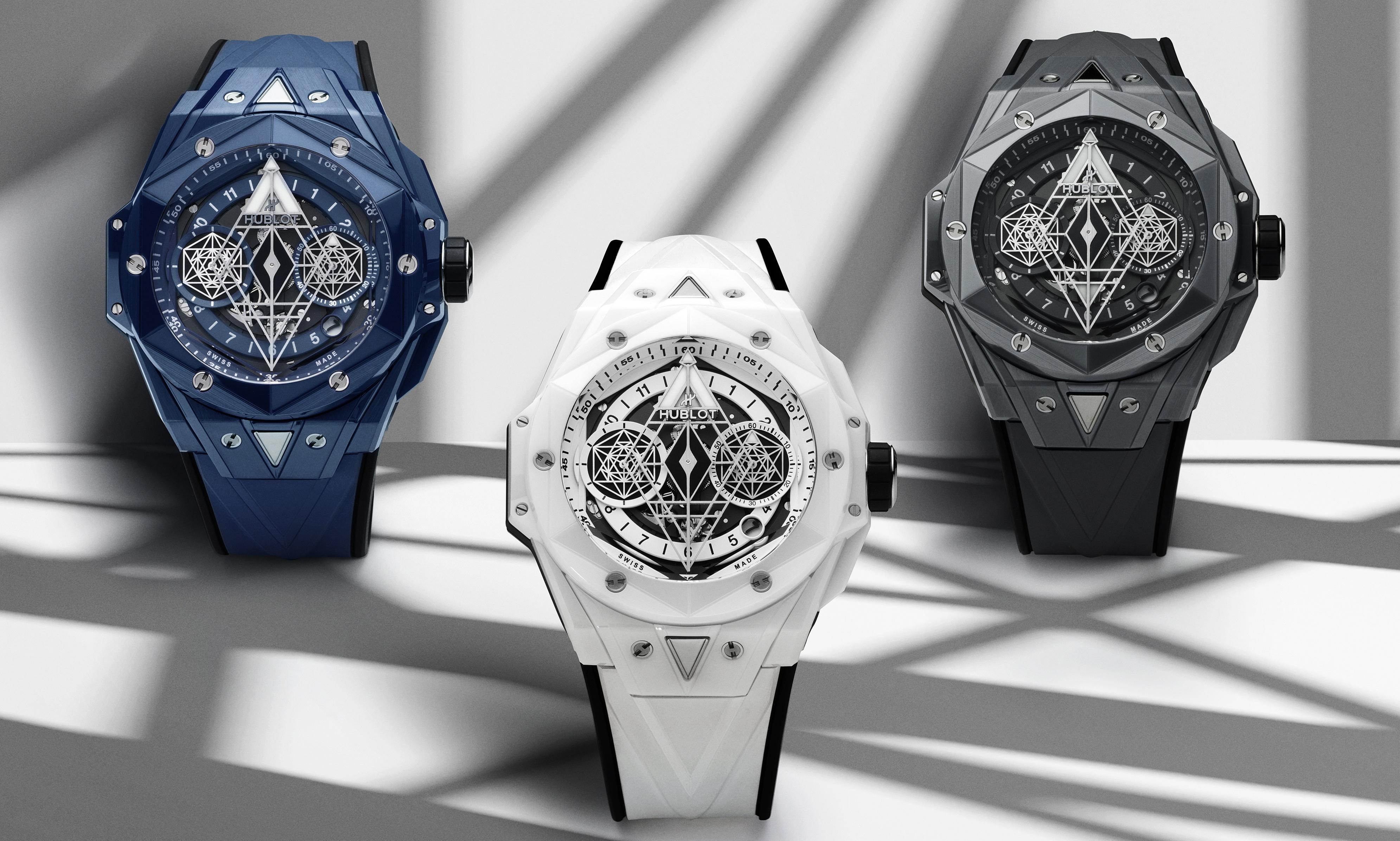