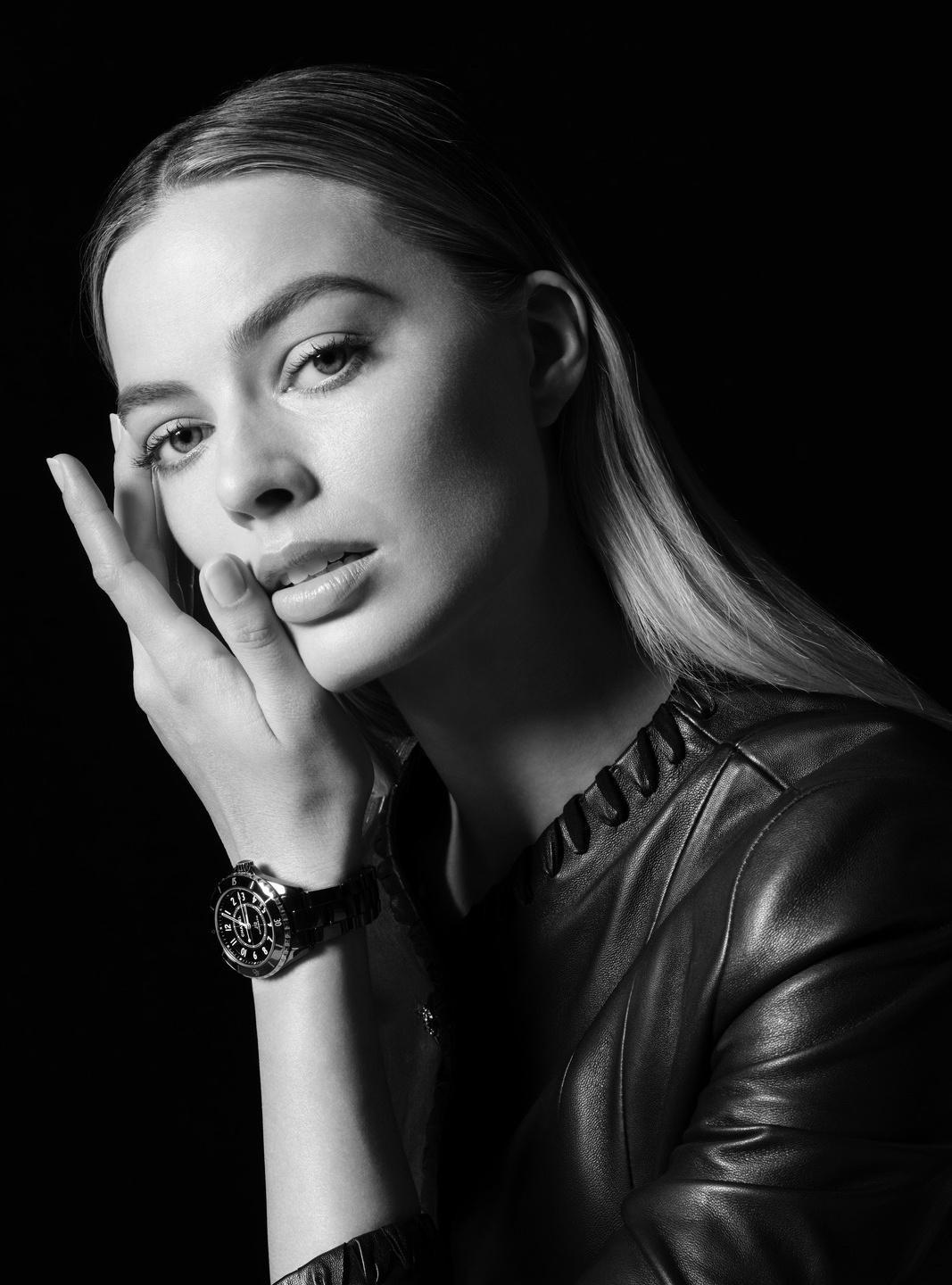 Audemars Piguet
The superhero watch
The Royal Oak Concept “Black Panther” Flying Tourbillon is the first watch born of the collaboration between Audemars Piguet and Marvel Entertainment. This collector’s item, produced in a limited edition of 250 pieces, features a sandblasted titanium case inspired by Black Panther’s cutting-edge suit, embellished with polished, satin-finished titanium inserts and black satin-finished ceramic bezel. A sculpted and hand-painted rendition of the Super Hero in white gold on the dial. 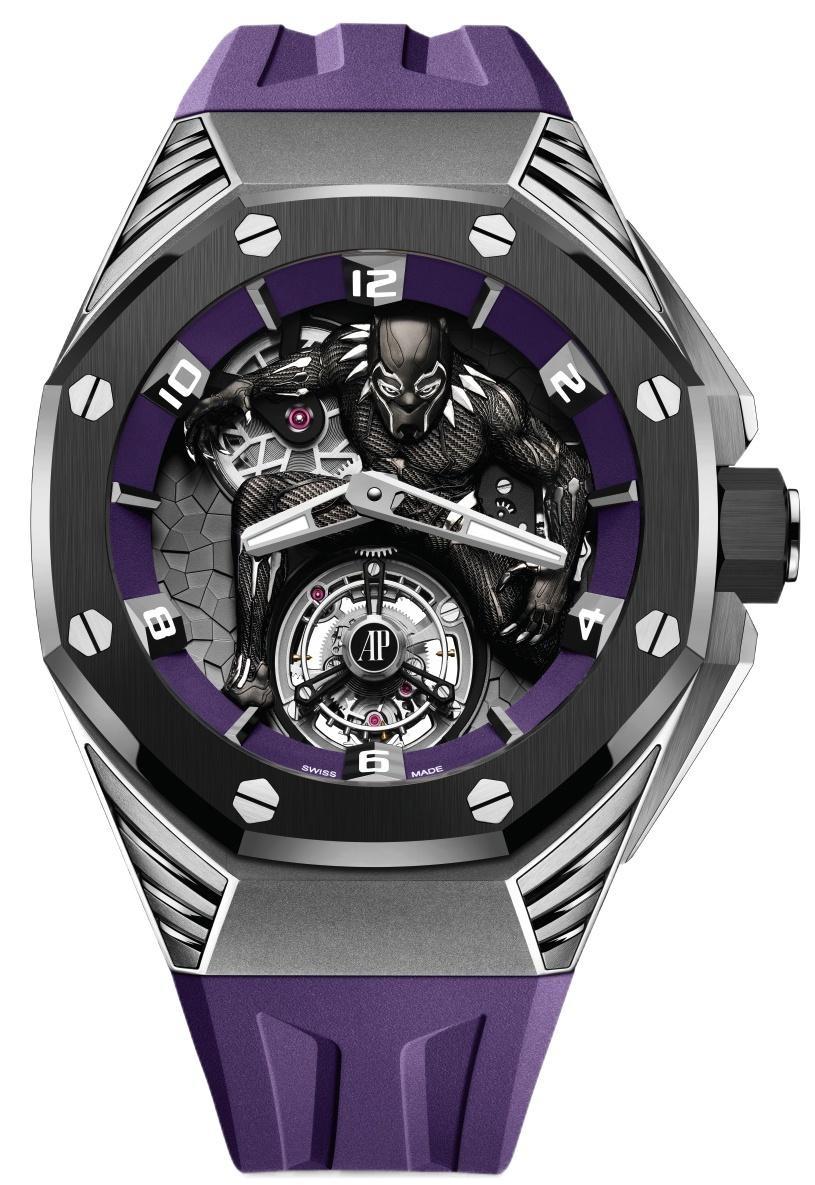 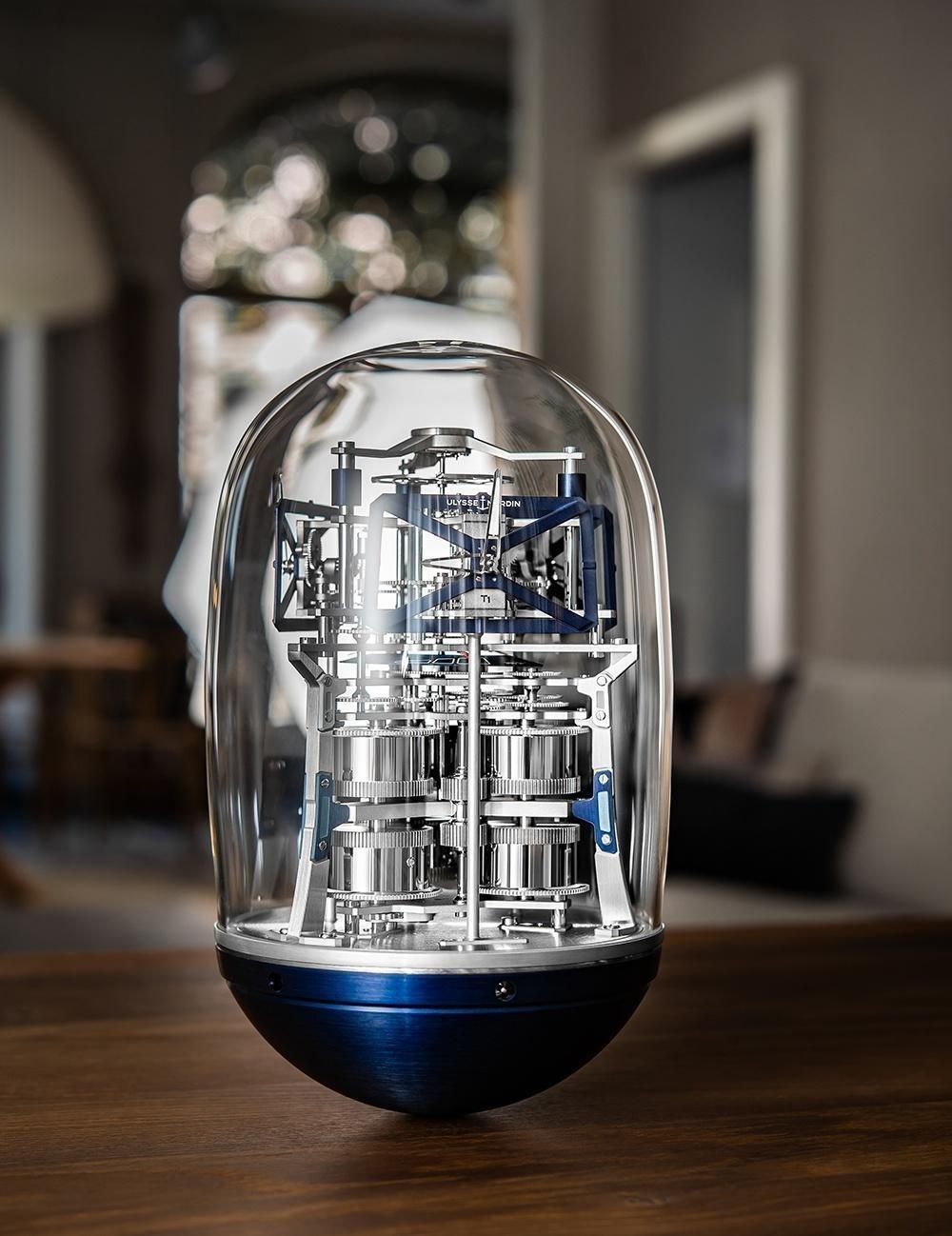 Ulysse Nardin
Happy like Ulysses
To celebrate its 175th anniversary, the watchmaker is adding the UFO to its cabinet of curiosities. This table clock with a rocker base stands alongside the wackiest of horological objects that have punctuated the history of Ulysse Nardin. From 19th- and 20th-century marine chronometers to the Freak unveiled in 2001 and the Blast in 2020. An extraordinary 675-component toy produced in a limited and numbered edition of 75 pieces, inspired by exploration, freedom, the ocean, and space. A work of art that foretells what a marine chronometer should look like in 175 years, the crazed vision of the House designers, engineers, and watchmakers. Futuristic!

Vacheron Constantin
The navigators watch
Three limited-edition creations of 10 pieces by Vacheron Constantin that pay tribute to Bartolomeu Dias, Vasco de Gama, and Pedro Álvares Cabral. Each watch is a masterpiece of miniaturisation. The Manufacture 1120 AT movement powering this Métiers d’Art Hommage aux Grands Explorateurs series has an off-centre hours and minutes display, leaving ample room for the Manufacture to express its craftsmanship. The Grand Feu enamel dials represent selected parts of a 1519 Atlas Miller map (the reproduction kept at the Museu de Marinha in Lisbon). 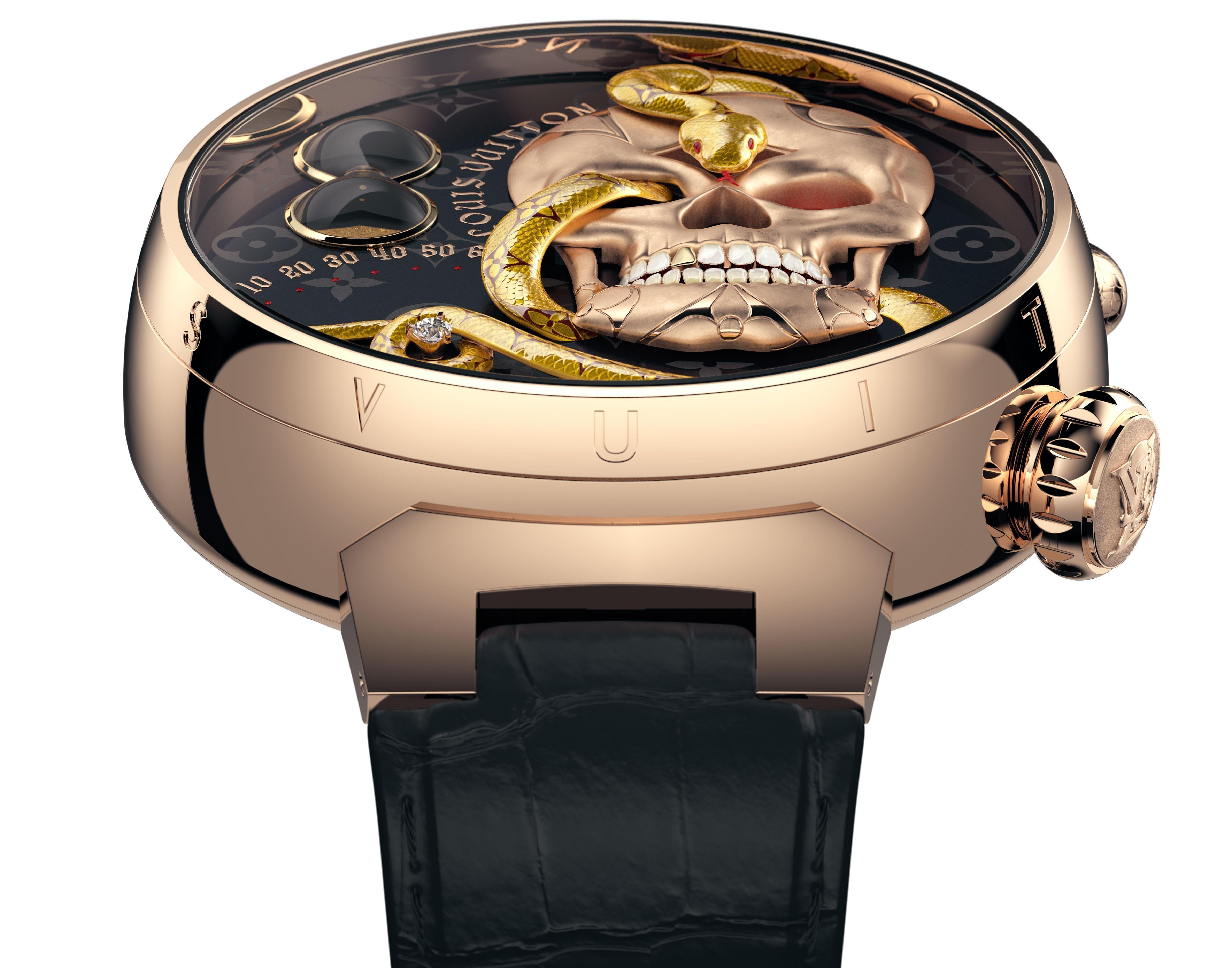 Louis Vuitton
Epicurean
Louis Vuitton invites us to “seize the day” with the Tambour Carpe Diem jacquemart watch. It took over two years of technical development at the Fabrique du Temps Louis Vuitton to link the vanities theme to the LV525 calibre in this engraved and enamelled virtuoso piece. It includes jumping hour, retrograde minute, and power reserve display functions and the automaton animation mechanism. This chef-d’œuvre gives time on-demand with its animated dial activated by the snake’s head pusher to reveal the hours and minutes. The time if you want it when you want it! 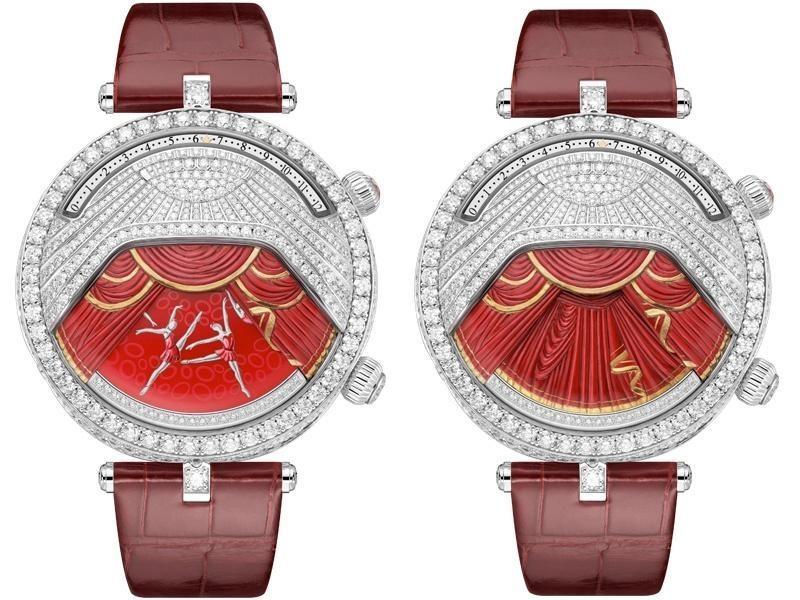 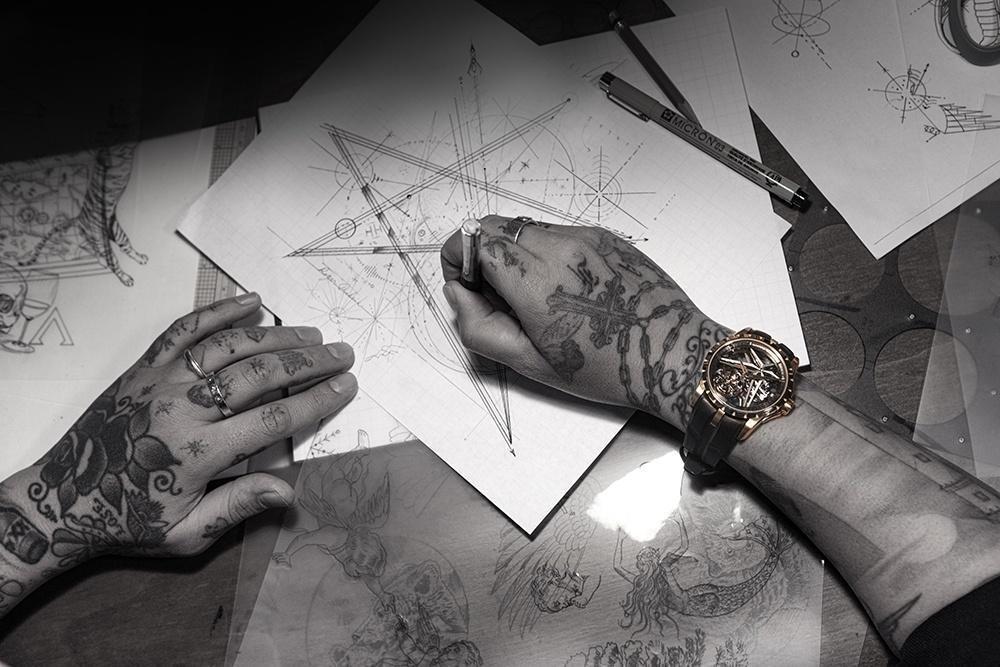 Roger Dubuis
Arty
Roger Dubuis is known for its penchant for impertinence and extravagance. It has surrounded itself with transgressive artists for the launch of the Excalibur Tourbillon Volant—its revisited squelletté model. Joining forces with the Urban Art Tribe, the watchmaker has invited tattoo artist Dr Woo and graffiti artist Gully to form a long-term creative partnership. This dialogue between urban arts and Hyper Watchmaking also has a quasi-philosophical mission—inviting the public to question the current state of affairs and the world of tomorrow. Initially called on to reinterpret the company’s astral signature, Dr Woo and Gully have opened their respective workshop doors. Pending new co-creations. 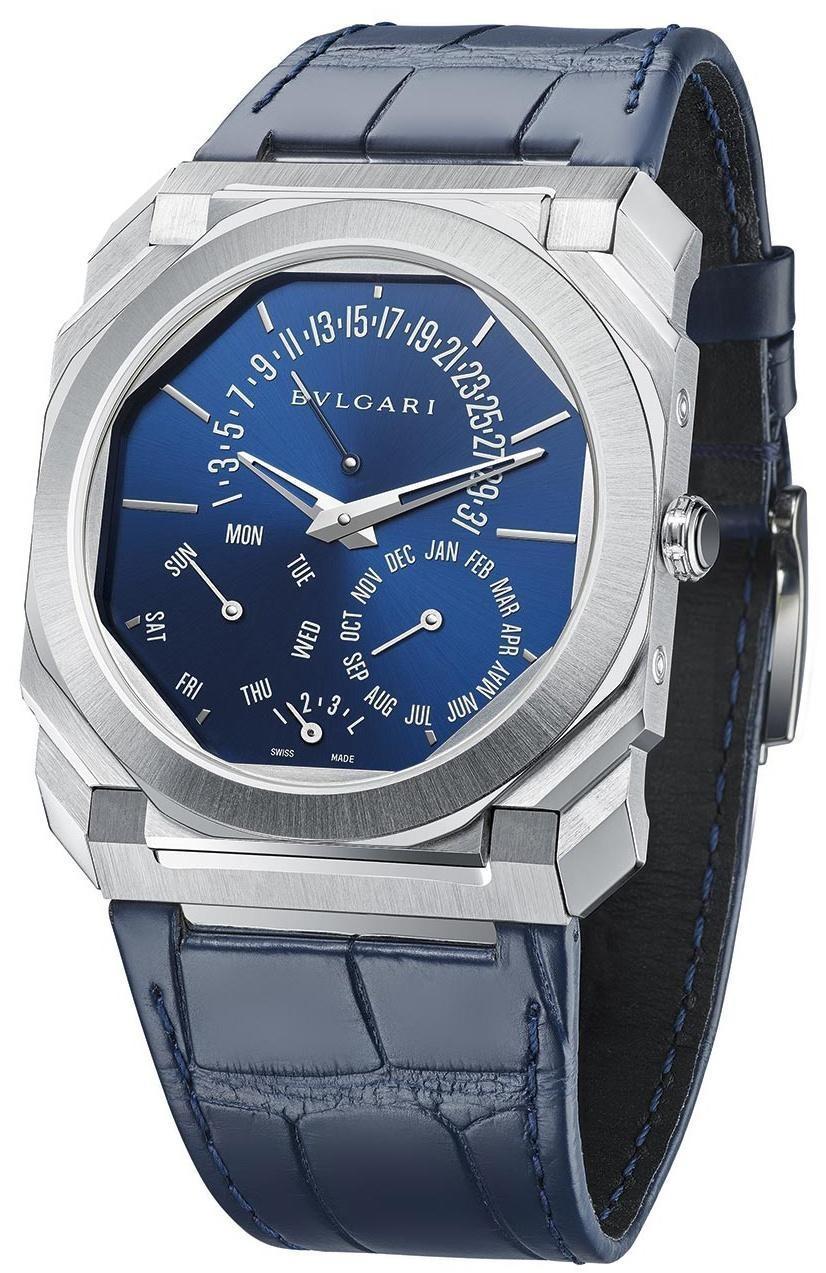